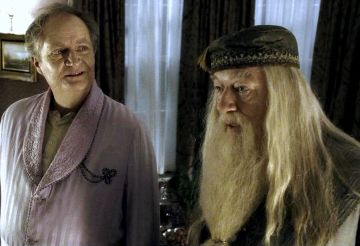 How much do you know about recruitment and handling in the Harry Potter series? Check your answers from yesterday’s quiz to find out! Be sure to tell us how you did in the comments!

1. How did Grindelwald nearly recruit Dumbledore? What ultimately made his recruitment efforts fail?

2. Why does Hagrid’s attempt to bribe the giants fail?

The giants are interesting in two things: payment and power. Hagrid’s attempt to bribe them almost works until  a different giant becomes the leader of the group and is more attracted to the power the Death Eaters offer him.

3. Why is Dumbledore successful in recruiting Slughorn to teach at Hogwarts in Book 6?

Using psychological analysis, Dumbledore understand that Slughorn loves to take credit for his students’ accomplishments and to take advantage of his connection to them as they gain power and prestige later in life. Dumbledore counts on Slughorn’s need to feel important when he offers the old professor the chance to mentor Hogwarts most notable student – Harry Potter.

4. What device does Mrs. Weasley have to “handle” her large family when they are out of her sight?

A clock that tells her where they are and even whether or not they’re in danger!

5. How does Voldemort ensure that his followers do what he wants them to?

He recruits people who fear and admire him.

Can’t wait to learn more about spies in Harry Potter? Stop back here on Thursday for another spy profile!

Yesterday, we asked you to name Harry Potter characters that fit into the five Types of Spies that 4th century theorist Sun Tzu devised. Here are our answers!

1) Local Inhabitants – i.e. people who are in the right places at the right times to observe what’s happening and report back to their handlers.

Mrs. Figg – She used her location near the Dursleys to keep an eye on Harry Potter for Dumbledore

Tom – The innkeeper at the Leaky Cauldron, Tom often spied on Harry and his friends for Cornelius Fudge

Mrs. Norris – Ok, so a cat is not typically a spy, but Mrs. Norris made a point of nosing around Hogwarts to report back to Fudge

2) Government Officials who can be persuaded to switch their loyalties

Pius Thicknius – He’s not the most well-known character, but thanks to an Imperius Curse, he became Voldemort’s puppet as the Prime Minister.

3) Enemy Spies who can be persuaded to become double agents

Severus Snape – Snape is the most obvious example of a double agent in Harry Potter. Lily’s death was more than enough to persuade him to work as a double agent.

4) Spies who conduct acts of espionage to deceive the enemy

Severus Snape – Once again, Snape proves himself to be an EXCELLENT spy by deceiving Voldemort every step of the way.

Peeves – Peeves helps Fred and George Weasley wreak havoc in the Order of the Phoenix in order to combat Umbridge’s horrible regime.

5) Spies sent behind enemy lines that return with information

Remus Lupin- Although the task was distasteful, Lupin went to spy among the werewolves.

Hagrid – Similarly, Hagrid used his half-giant status to try to get information and support from the giants.

Did you come up with better answers? Tell us in the comments!

Check your answers to the trivia from earlier today. Don’t forget to wish Dan a happy birthday on Twitter or donate to one of his favorite charities!

2. He has decided that his height does not bother him. Why?

“I used to be self-conscious about my height but then I thought, f*ck that, I’m Harry Potter.” – Dan

3.  What is his favorite dessert?

Harry Potter and the Prisoner of Azkaban

5. What charities does Dan support?

His father, Alan, is a literary agent and his mother, Marcia, is a casting agent. Both acted as children

7. Is he open to reprising his role as Harry?

He’s said “[It is] very doubtful. I think 10 years is a long time to spend with one character.”

10. What are some of Dan’s current projects?

What If, Horns, Frankenstein, Train Wreck, Gold. (Find more info about each of these at http://www.DanRadcliffe.com)

For more Harry Potter trivia, check out Emma Watson’s Birthday Quiz, or our recent quiz about Hagrid in the Order of the Phoenix! 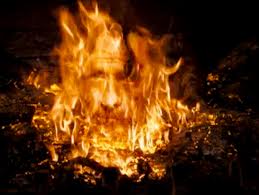 Check out the answers to yesterday’s quiz! Let us know how you did in the comments!

1. What document is created at the end of the meeting at The Hog’s Head that is considered classified and not to be disclosed to anyone?

2. What name do the students choose for this subversive organization?

3. In order to not look too suspicious, the kids leave the meeting in what manner?

By two’s and three’s

4. Educational Decree No. 24 related to meetings and gatherings of students.  Why was it passed?

5. At first the members of Dumbledore’s Army think they have a spy in their midst, but Hermione knows it’s not true because of what countermeasure she used?

She employed a SNEAK jinx

6. When Hedwig returns with a message from Sirius, something has happened to the owl.  What does intelligent analyst Harry conclude?

That someone tried to intercept the letter

7. What open-code message did Harry receive from Sirius and what did in mean?

8. Sirius tells Harry that the Hog’s Head was not a secure meeting place for the students.  Where should they have met, and why?

The Three Broomsticks, because it is more crowded making it easier to meet covertly without being overheard.

9. What is one of the places considered for the DA to meet that is rejected while talking to Sirius?

10. When he’s trying to talk to Harry Sirius has to leave the fire because his cover is blown.  How do we know this?