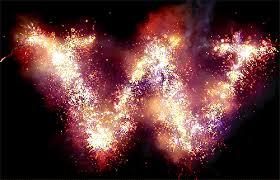 The Weasley twins are never really recruited… they just like the adventure! Although adventure is a great incentive indeed, it should never be the primary incentive. A spy’s primary incentive should be a value or principle on which you can always rely. Adventure knows no country, nor any morals. Adventure is a rush of excitement that satisfies a specific purpose; such a flimsy or ephemeral rationale is not in and of itself a purpose worthy of action.

Without an underlying and worthy purpose, actions are just that: action without meaning or principle.

In the Harry Potter series, we identify two individuals who are in a sense spies (or at least operatives) and do so for adventure: Fred and George Weasley. Fred and George clearly enjoy the adventure of spying on people and have even designed the Extendable Ears to do so. But they are also principled and have a moral belief about what is right.

Recruitment by: None needed

Incentive Used: The desire to always be up to no good!

Method of Communication: Face-to-face (via quick-witted

A thin piece of flesh-colored string descended in front of Harry’s eyes. Looking up he saw Fred and George on the landing above, cautiously lowering the Extendable Ear toward the dark knot of people below (76–77).

After Arthur Weasley was attacked at the Ministry of Magic, Dumbledore and the Order of the Phoenix scramble to protect the secret organization and figure out what happened. Do you remember all of the spy craft that they used as everyone rushed to St. Mungo’s? If you think you do, take this quiz to find out! Answers are posted here.

1. Dumbledore stations a guard outside his door to provide a warning if anyone comes (Umbridge). Who does he use?

2. Dumbledore uses an instrument that exudes smoke in the form of a snake and says, “But in essence divided?” What has he just concluded?

3. In order to keep the situation secret, Dumbledore uses a Portkey to send all of the Weasley’s and Harry where?

4. The entrance to St. Mungo’s is camouflaged to look like what?

5. What is the name of the healer and later headmistress of Hogwarts, whose portrait is at both places?

6. Why isn’t the attack on Mr. Weasley reported in the Daily Prophet?

7. Fred and George explain to their father, “You were guarding it, weren’t you?” What do they think he was guarding?

9. Name the person who had previously been possessed by Voldemort and was able to convince Harry that he is not being possessed?

10. Whose Headmaster portrait is in Harry’s room at Grimmauld Place and is able to keep tabs on Harry?

High-Security Asset (n): A person or item that is actively sought after by the opposing side.

Example: The mysterious item that Fred and George believe their father was guarding; Harry Potter himself, as demonstrated by the precautions taken to retrieve him from Number 4 Privet Drive.