The Tri-Wizard Tournament—Speak Slowly into My Acid Pen 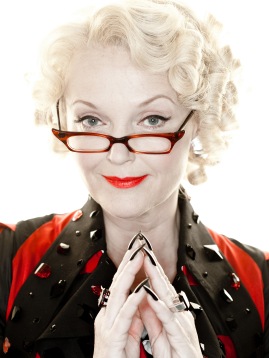 In Goblet of Fire, we find out through Rita Skeeter what damage an unethical reporter can do. It is obvious that her main focus is gossip and certainly not the truth. Rita Skeeter repeatedly fails to accurately document what people say, twisting it instead to her own ends and adding adjectives and adverbs to describe her “personal” observations— or, more accurately, her personal slant on her observations (GF 147, 202–3, 314–15, 437–40, 611–13)!

We eventually find out how Rita Skeeter gets so much juicy information: she is “bugging” everyone’s secure areas—by being a bug (GF 727)! Obviously, she obtains her information without the permission of the person she is “interviewing”—which is in itself quite unethical. Reporters are supposed to identify themselves and request an interview. Rita Skeeter is instead using what we would consider spy craft to eavesdrop on people and gather information.

Unfortunately the movies skipped right over this juicy tidbit. Discovering that Rita Skeeter was an unregistered animagus may have been one of Hermione’s best moments!

Although spies are able to do eavesdrop on people, it is unethical for the press to use such means—as certain members of the press in London found out in 2011 when it was revealed that reporters were illegally intercepting and taping phone calls of famous people (including royalty) to get juicy stories. Read more about the International Phone Hacking Scandal here!

In Harry Potter and the Art of Spying, Peter Earnest shares the story of the time he had to bug the office of one of his assets while working as a clandestine officer for the CIA!