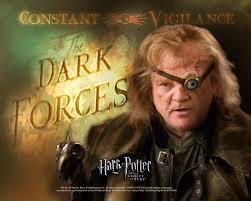 We’re back with a special quiz about the spy craft in the Harry Potter series! If you’re a longtime fan,  you know we started our quizzes at the very beginning of Harry Potter and the Order of the Phoenix, the book in which Harry Potter and his friends really start to practice spy craft. Now, we’re quizzing you on spy craft more generally so you can see how JK Rowling laid the foundation for the Golden Trio to be excellent covert operatives!

This week, we’re talking counterintelligence. What is that?

Counterintelligence is the art of determining whether others are spying on you or your organization and preventing them from doing so.

So, can you name these examples of counterintelligence in the Harry Potter series?

1. What magical object, introduced in Prisoner of Azkaban, does Harry Potter consistently use to track people’s movements – enemies and friends alike?

2. How do members of the D.A. know who tattled on them?

Hermione jinxed the D.A. signup sheet so that if anyone revealed their secret the word SNEAK would appear across his or her face.

3. What device does Dumbledore have in his office that allows him to research Voldemort’s past and future plans?

4. What magical device will reveal if someone nearby is being dishonest?

5. How does Voldemort ensure that Wormtail can never switch sides again?

The hand he gives Wormtail in reward for the sacrificing his own to bring Voldemort back to life is bewitched to turn on its owner at the first sign of disloyalty.

6.  What does Mad Eye Moody use to keep an eye on enemies?

Do you have any other examples of counterintelligence in the Harry Potter series? Tell us below!