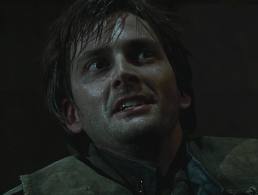 Another spy who does not fit exactly into Sun-Tzu’s list of spies comes from book 4: Mad-Eye Moody, who was in reality Barty Crouch Jr. using Polyjuice to impersonate the irascible professor. Moody, as we find out at the end, had been imprisoned inside his own highly secure trunk in his office. Barty Crouch Jr., disguised as Moody, was spying for the purpose of getting Harry into the Triwizard Tournament and succeeding in it, so that, at the final moment, he would touch the trophy—in reality a Portkey that would take him directly to Lord Voldemort, who needed Harry’s blood to return to his physical form.

Recruitment by: A Death Eater or Voldemort

Handler: Voldemort at the Riddle house, and also probably a Death Eater, given Voldemort’s weakened state

Sirius: “When Voldemort disappeared, it looked like only a matter of time until Crouch got the top job. But then something rather unfortunate happened. . . .” Sirius smiled grimly. “Crouch’s own son was caught with a group of Death Eaters who’d managed to talk their way out of Azkaban. Apparently they were trying to find Voldemort and return him to power”

Barty Crouch Jr.: “My master’s plan worked. He is returned to power and I will be honored by him beyond the dreams of wizards” (GF 691).