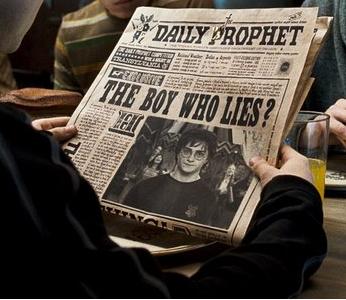 The Ministry Becomes the Ministry of Lies—Its Slogan, “We Fudge the Truth”

In the book that we have already spent so much time discussing and dissecting, we find out that the Daily Prophet has spent the entire summer (following the murder of Cedric Diggory and Harry’s escape from Voldemort) denouncing Harry’s story and publishing articles denigrating and attacking Harry Potter (OP 73). When the ten Death Eaters escape from Azkaban, the Ministry of Magic uses the Daily Prophet to present its conclusion—based solely on the fact that Black had previously escaped from Azkaban— that the Death Eaters were assisted in their escape by Sirius Black (OP 544–45).

Dumbledore repeatedly tells Fudge and the others the truth, but they refuse to have any part of it. Only at the end, when Fudge sees Voldemort with his own eyes (and in the presence of other witnesses!) does the paper finally print the truth about Voldemort’s return—as well as Harry Potter’s redemption as the lone voice of truth in the wilderness of lies (OP 817). 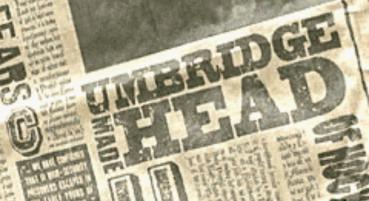 Notice how the Daily Prophet is also used to extol Professor Umbridge’s values as a Professor of Defense Against the Dark Arts and as Hogwarts’s first High Inquisitor (OP 306–8). In the process of describing what a wonderful headmistress Dolores Umbridge is, the Daily Prophet obtains a single countervailing view from one Professor Marchbanks—and then immediately attacks her credibility via a separate article providing “a full account of Madam Marchbanks’s alleged links to subversive goblin groups” (OP 308). Talk about argument ad hominem!

Near the end book 5, an alternative newspaper, The Quibbler, prints an exclusive interview with Harry conducted by none other than Rita Skeeter. This game-changing piece is eventually reprinted in its entirety by the Daily Profit—er, we mean Prophet—once the return of Voldemort is finally acknowledged.

argument ad hominem (n): a fallacy in logic in which the position or viewpoint of a particular person is rejected based solely on a negative view of that person.

Example: The Daily Prophet repeatedly rejected Harry’s statements that Voldemort had returned by attacking him personally. It damaged his credibility rather than addressing his claims head on with evidence that Voldemort had not returned.