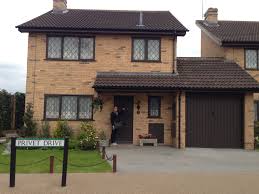 Celebrations are occurring all over the world, particularly in England, which makes it a great time to discuss some of the many Shakespeare references in the Harry Potter series.

First, let’s discuss Harry’s nightmares about Cedric’s death in Order of the Phoenix:

Dudley Dursley: This one deserved it.

Dudley Dursley: Well you’re one to talk, moaning in your sleep every night. At least I’m not afraid of my pillow. “Don’t kill Cedric!” Who’s Cedric, your boyfriend?

Dudley’s taunting is immediately followed by a dementor attack which makes Harry’s fears and nightmares come alive even as he seems to approach a kind of death at the hands of the dementors. This brings to mind that famous Hamlet quote that conflates death and dreams:

To sleep – perchance to dream.  Ay, there’s the rub,

For in that sleep of death what dreams may come,

When we have shuffled off this mortal coil,

Must give us pause.

And then there’s the passage in Macbeth where Banquo cannot sleep for fear of what he may dream:

And yet I would not sleep, Merciful powers,

Restrain in me the cursèd thoughts that nature

Gives way to in repose.

At this point in Macbeth, Banquo cannot sleep because he is afraid of the prophecy given to Macbeth in the form of a riddle by three witches known as the weird sisters.

Witches, prophesies, riddles?  Sound familiar? Keep in mind that the Order of the Phoenix is the book in which Harry finally learns about the prophecy that led to his parents’ deaths.

Lest you think we are reading too much into all of this, do you remember the name of the band that plays at the Yule Ball?

Need even more proof? Check out this excerpt from HARRY POTTER AND THE ART OF SPYING:

The Background of J. K. Rowling

As you may already know, Joanne Kathleen Rowling—who was born on July 31, 1966 (which would be Harry’s birthday, fourteen years later!)—attended Wyedean Comprehensive School, a middle school. She did quite well there; she was popular and outgoing and got good grades. In what we would call her eleventh year, at Stratford-upon-Avon, Rowling saw her very first play, Shakespeare’s King Lear, and was “absolutely electrified by it”—her words. She also saw The Winter’s Tale, featuring a character named Hermione!

Excerpt from Harry Potter and the Art of Spying by Lynn M. Boughey and Peter Earnest (forthcoming September 2014).

So tip your hat, cloak, or wand not only to the Bard, but to J. K. Rowling’s wonderful use of Shakespeare throughout the series!

Shakespearegirl has a lot to say about the similarities between Rowling’s tale and Shakespeare’s plays.

The last post we discussed what Dumbledore knew, when he knew it, and whether he should have told Harry sooner—and what Dumbledore disclosed at the end of the first book after Harry rescues the Philosopher’s Stone from Voldemort/Quirrell.

Today I want to continue that theme slightly and talk about what Dumbledore disclosed to Harry at the end of the next two books, and how he begins to unfold the realities of Harry’s his connection to Voldemort.

At the end of the second book after Harry defeats the basilisk.

1)     According to Dumbledore’s sources, Voldemort was hiding in the forests of Albania

3)     Voldemort disappeared after leaving the school  .  .  . traveled far and wide  .  .  . sank so deeply into the Dark Arts, consorted with the very worst of our kind, underwent so many dangerous, magical transformations

4)     When he resurfaced as Lord Voldemort, he was barely recognizable.

6)     “You can speak Parseltongue, Harry,” said Dumbledore calmly, “because Lord Voldemort—who is the last remaining descendant of Salazar Slytherin—can speak Parseltongue. Unless I’m much mistaken, he transferred some of his own powers to you the night he gave you that scar. Not something he intended to do, I’m sure.  .  .  .”   “Voldemort put a bit of himself in me?” Harry said, thunderstruck.   “It certainly seems so.”

So by book two, Dumbledore knows that it seems that “Voldemort put a bit of himself” in Harry, and on the night Voldemort tried to kill Harry when he was a toddler, he unintentionally transferred some of his powers to Harry.

And of course Dumbledore knows what the prophesy says:

FOR NEITHER CAN LIVE WHILE THE OTHER SURVIVES.  .  .  . THE ONE WITH THE POWER TO VANQUISH THE DARK LORD WILL BE BORN AS THE SEVENTH MONTH DIES

Harry is destined to fight to the death the Dark Lord—heavy stuff for a twelve-year-old, I guess.  So Dumbledore tells Harry—basically—to go off and play—and the story continues, Harry none the wiser.

In book 3, Harry saves Sirius and Buckbeak, once again has an end-of-the-book discussion with Dumbledore.  Harry is concerned that he didn’t make any difference because Pettigrew got away.

Dumbledore tells Harry that his actions made all the difference in the world: “You helped uncover the truth. You saved an innocent man from a terrible fate.”

Harry then tells Dumbledore about Professor Trelawney’s prediction, where she said “Voldemort’s servant was going to set out to return to him before midnight.  .  .  . She said the servant would help him come back to power.”

“You did a very noble thing, in saving Pettigrew’s life.”

“But if he helps Voldemort back to power—!”

“Pettigrew owes his life to you. You have sent Voldemort a deputy who is in your debt. When one wizard saves another wizard’s life, it creates a certain bond between them  .  .  . trust me  .  .  . the time may come when you will be very glad you saved Pettigrew’s life.”

Finally, Harry had hoped that he had seen his father James across the lake the night before and realizes that his father is indeed dead and cannot return.  Dumbledore helps Harry through this realization as well, telling him, “Your father is alive in you, Harry . . .  How else could you produce that particular Patronus? . . .  So you did see your father last night, Harry.  .  .  . You found him inside yourself.”

So in book 3, Dumbledore doesn’t tell Harry much (except that saving a wizard’s life might help you later) and focuses more on “cheering” Harry up.

Harry remains in the dark, and off once more to the Dursley’s for his summer break!

In response to a previous post, aspenlinmer drew an interesting comparison between the revulsion that both Harry and Snape feel or display when doing what Dumbledore commanded of them in book six. Their remarkably similar reactions differ only in that Harry directs his hatred inward while Snape projects it onto Dumbledore.

This brings to mind some important questions: Why didn’t Harry resent Dumbledore for asking him to do terrible things without explanation? Why does Snape seem to hate Dumbledore even as he obeys him?  Is it just because Dumbledore was in charge? Or is it because Dumbledore serves as the ultimate puppeteer, moving all his puppets along his course of events while not really knowing all the answers?

One must ask if Dumbledore really cares about the puppets he blithely controls; or does he care only for the game he’s playing with Voldemort?  Has Dumbledore reverted back to his earlier construct, “for the greater good”?  Is his sacrifice of those around him justified in his quest to defeat Voldemort?

And should Harry have a say in all of this?

Perhaps the most interesting and difficult ethical discussion derived from the Potter series is the issue of Harry’s self-determination and consent due to Dumbledore’s decision to withhold information.

This seems to be a repetitive theme.  One several occasions Dumbledore, at the end of a book, provides Harry important information – often in conjunction with an apology for not telling him earlier.

In book 1, after defeating Quirrell (with his bare hands) Harry wakes up in the hospital wing, Dumbledore by his side.  Dumbledore proceeds to tell Harry the following:

3) The stone has been destroyed, with Nicolas Flamel’s blessing (297)

7) Dumbledore gave Harry the invisibility cloak, which was owned by his father James (299)

9) Harry was able to get the stone out of the mirror because he wanted to find it but not use it (300).

But what Dumbledore doesn’t reveal is just as important if not more important than what he does. To explain his secrecy he declares that “the truth is a beautiful and terrible thing, and should therefore be treated with much caution” (298).

He adds, “I shall answer your questions unless I have a very good reason not to” (298).

Most importantly, Dumbledore cannot tell Harry why Voldemort wanted to kill Harry in the first place – “Not today.  Not now.  You will know, one day . . . put it from your mind for now, Harry.  When you are older . . . when you are ready, you will know” (299).

Let us also remember that by this time, Dumbledore knows that “either must die at the hands of the other for neither can live while the other survives.” (OP 841).

On the next post, we will delve into what Harry is told in the next few books, as Harry gets older and in theory more deserving of learning the full truth. As we proceed, we must ask ourselves at each conjuncture, just as Dumbledore did:  Can a boy this age handle the truth?  Can this particular child deal with what appears to be his destiny?

And then I will tie this all into The Art of Spying:  How much do we tell our spies in the field?  Do they understand the need not to know everything?  What ethically must they know about the mission, the risks, the importance, and the reason for the mission?  Is it an issue of self-autonomy?  Plausible deniability?  Or simply preventing information getting to the other side if they are captured?